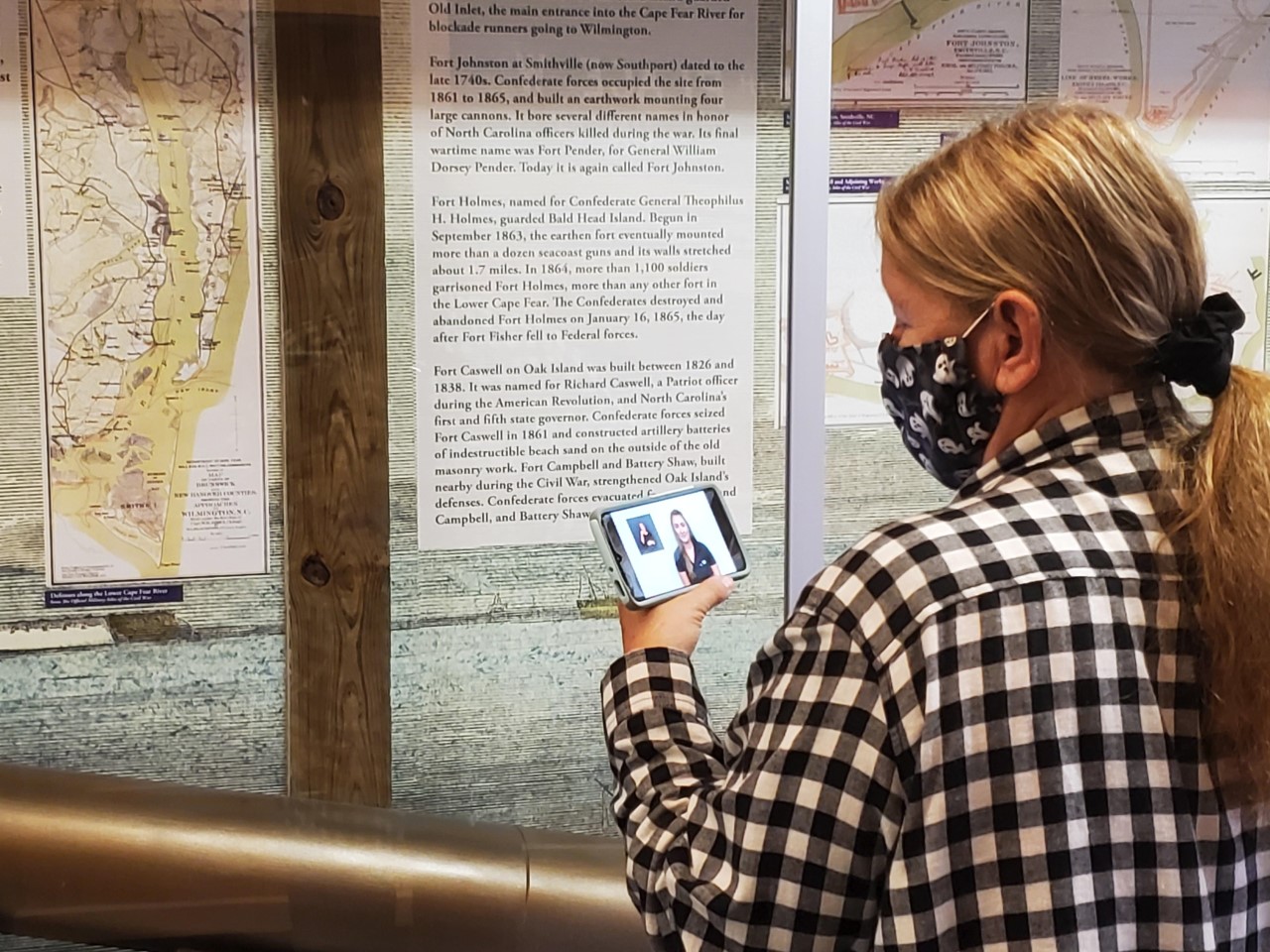 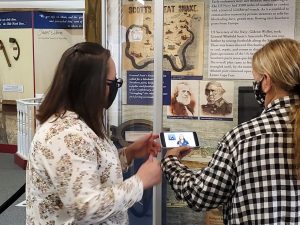 SOUTHPORT, N.C. — When Nancy Richardson visited the N.C. Maritime Museum at Southport, it was a first for both her and the museum.

Richardson, who is Deaf, was the museum’s first visitor to use a new semi-guided video tour that includes spoken English, closed captions and American Sign Language.

“Oh, wow, you have to let the Deaf community know,” Richardson said midway through the tour. “This is really awesome.”

The museum, located at 204 E. Moore St. in downtown Southport, recently released the new tour to replace the in-person tours previously offered but currently suspended due to COVID-19. Visitors using their own smartphone or other device can scan a QR code that takes them to the video on YouTube. Guests are asked to bring and use headphones if they plan to follow the 23-minute tour, which spends just a minute or two on the major permanent exhibits.

The museum’s Education Curator Katy Menne said she used the recording to share highlights and artifacts that visitors may not realize the full significance of.

She cited, as another example, the section of a Jacob’s ladder displayed in the exhibit hall. The one in the museum is just a few rungs from a much larger piece of equipment.

“I don’t think people get the full impact of that,” Menne said. “We have one tiny piece of the ladder.”

Menne said the guided tour is an overview designed to complement rather than duplicate the information that is already on display — and make it more accessible, part of the museum staff’s focus on creating a welcoming environment to all. Other efforts include offering Sensory Saturdays, which provide a sensory-sensitive experience for those who need a calmer and quieter space to learn; posting directional signage in both English and Spanish; and including closed captions and ASL on the new video tour.

“This is a way to be inclusive,” she said. “We want to reach more people and share the maritime history and culture of this region.”

Richardson’s daughter, Lisa Barker, provided the ASL interpretation on the video and for her mom during the inaugural walk-through.

Barker said the captions can be helpful, but ASL is a language of its own.

“It’s not word-for-word (interpretation),” she said. “It’s not English.”

Instead, Barker explained, ASL has its own grammar and own rules just as any language does.

Barker estimates she spent upwards of 20 hours working on the video, starting with the time she spent studying Katy’s flow and way of talking, recording a first run-through and then doing a re-shoot to ensure it would work for the intended audience.

Barker joined her mom in following the tour and the two walked through the museum, stopping to talk to each other about the artifacts and exhibits.

“It’s kind of cool to be able to go somewhere with my mom and not have to interpret for her but be a visitor with her,” said Barker, who typically interprets within the medical and legal communities. “It’s very exciting.

“I hope other places start taking the initiative as well.”

Richardson agreed, remembering the times she’d take her children to museums over the years but not have anything like the Southport museum’s ASL tour available.

“I’ve never had this type of full access,” Richardson said. “It makes me really, really proud that (my daughter) is helping so many people like me have access to this museum.”