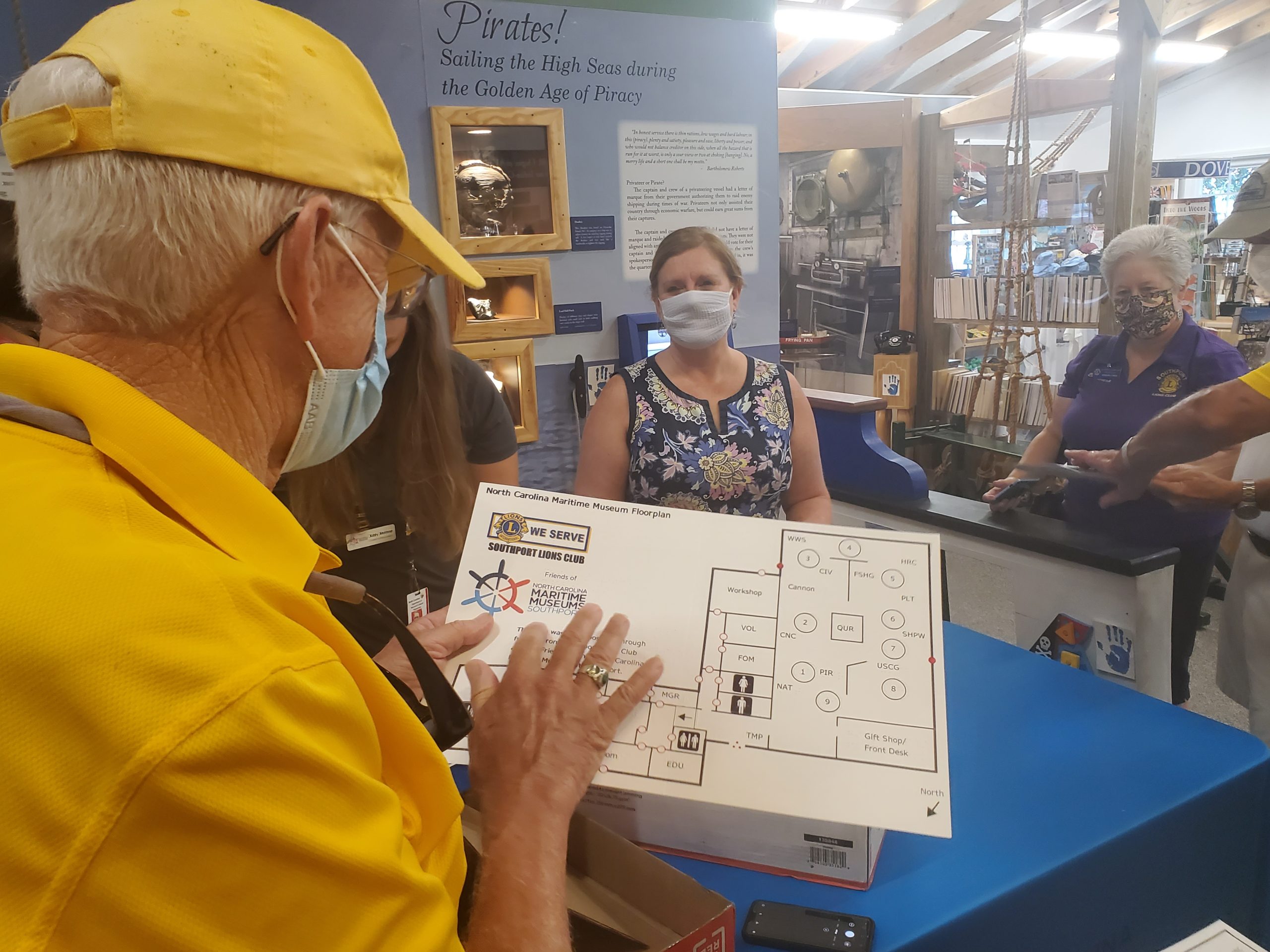 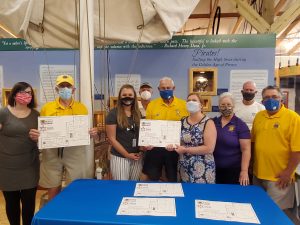 SOUTHPORT, N.C. — A brief gathering on Wednesday morning unveiled another first for the North Carolina Maritime Museum at Southport: tactile maps of the facility.

The maps combine contrasting graphics and braille to allow low-vision and blind visitors to independently access the museum, which is located at 204 E. Moore St. in downtown Southport. The map outlines the layout of the museum, including walls, doors, emergency exits and openings between exhibits and hallways. Its two pages, the map and its legend, will be mounted on either side a foam board and handed out to those who would benefit from having such an aid in navigating the site. It’s just one of the tools recently added to enhance the museum experience.

“We’ve taken a lot of small steps to offer greater inclusion,” Education Curator Katy Menne said, listing the semi-guided ASL tour, multilingual signage and dedicated spaces and tools for those with sensory sensitivities already offered at the museum. “After working to address those needs, we wanted to do something for those with low vision and/or total blindness.”

She thought it was worth exploring tactile maps, which she had heard about during webinars and in talking to staff with the North Carolina Department of Health and Human Services. She and Museum Manager Lori Sanderlin took the idea to the Southport Lions Club and the Friends of the Museum for financial support.

Southport Lions Club President Ken Updike said it made sense for them to support the project since it so clearly aligned with the group’s mission to help with vision needs.

“The whole project they presented just made it easy for us to get on board,” he said. “It’s a good fit for us and good fit for the community.”

Updike, along with five other members of the club, joined museum staff and Friends President Tom Hale for Wednesday’s “unboxing” ceremony where Menne unveiled the maps for the first time.

“To see this today,” Updike said, “it’s going to change how people come in here. They can be independent.”

And that independence is one of the goals of both the maps and the other tools in use at the museum, Menne said.

“You can wander and explore on your own,” she said, adding that the next step is creating 3-D reproduction of its artifacts. The goal is to have at least one artifact per exhibit that is 3-D printed or a reproduction that visitors can interact with physically. It’s part of a larger goal to include an interactive or a game tied to each exhibit to help visitors of all abilities learn more by incorporating movement and touch.